What is Autism, ADD and ADHD?

Autism is a complex developmental disability. Experts believe that Autism presents itself during the first three years of a person’s life. The condition is the result of a neurological disorder that has an effect on normal brain function, affecting development of the person’s communication and social interaction skills which is affects boys four times as often as girls.

People with autism have issues with non-verbal communication, a wide range of social interactions and activities that include an element of play and/or banter. Genomic research is beginning to discover that people with autism spectrum disorder probably share genetic traits with individuals with ADHD (Attention Deficit Hyperactivity Disorder), bipolar disorder, schizophrenia or clinical depression.

Attention Deficit Disorder (ADD), is a psychological term currently applied to anyone who meets the DSM IV diagnostic criteria for impulsivity, hyperactivity and/or inattention. The diagnostic criteria are subjective and include behavior which might be caused by a wide variety of factors, ranging from brain defects to allergies to giftedness. ADD, as currently defined, is a highly subjective description, not a specific disease.

Attention Deficit Hyperactivity Disorder (ADHD) is the most common behavioral disorder that starts during childhood. However, it does not only affect children – people of all ages can suffer from ADHD. Psychiatrists say ADHD is neurobehavioral developmental disorder. An individual with ADHD finds it much more difficult to focus on something without being distracted. He has greater difficulty in controlling what he is doing or saying and is less able to control how much physical activity is appropriate for a particular situation compared to somebody without ADHD. In other words, a person with ADHD is much more impulsive and restless.

Similarities between Autism and ADD/ADHD

On the surface, the two seem very different: Autism is defined by breakdowns in social and communication development, whereas ADHD is characterized by a breakdown in the development of self control, which manifests as hyperactivity, impulsivity and poor control of attention.

Second, although both disorder are common, more prevalent in males than in females, begin early in life and range in severity, there are some differences: ADHD is more common, affecting five percent or more of the population, compared with one percent or less for autism; whereas autism has a stronger genetic bias than ADHD does, begins earlier and at its most severe is arguably more disabling.

Because of these similarities, children with ADHD may resemble those with autism, but with milder social, motor and language impairments and better. 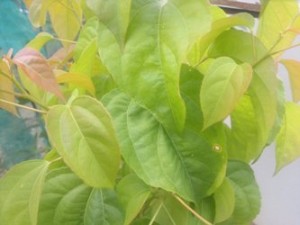